When I started to learn XState for the first time, I found the docs somewhat difficult to interpret. Perhaps this was because the docs show a number of concepts at the same time that I was not familiar with as a developer coming from a Redux or React Context background. So I decided to write this article to help others learn XState step-by-step!

XState is a state management library for JavaScript. The idea behind it is a little bit different than Redux or React Context as it is not necessary to use a global store or wrap the whole application in a provider. It is just a simple way to manage the state of your application, and separate the logic from the view so it helps you to write clean and readable code.

In this tutorial, we will use XState with 3 React examples that will increase in difficulty.

In this example, we will create a simple counter application with React, and use XState to increment and decrement the counter state.

After you create a new React project using create-react-app, clean the starter template, and build this simple UI in the App.js file.

Now install XState, and add it using this command:

Also, we will need @xstate/react to connect XState with React.

Now, create a new file, name it counterMachine, and add the following code:

Now, let's create the context (the initial state to our state machine).

Let's add our two events to our state machine.

First event is INCREMENT, and it will increment the counter by one.

Second event is DECREMENT, and it will decrement the counter by one.

🔗Then our state machine is ready. Now let's use it in our React component.

And import our state machine itself.

Then, add this line inside our component:

You can use the state in the JSX like this:

And now, we can trigger the events:

And here is the result:

As you see, it's very simple. Now, let's take a step forward and create an intermediate level example.

We will use a template similar to the previous one. 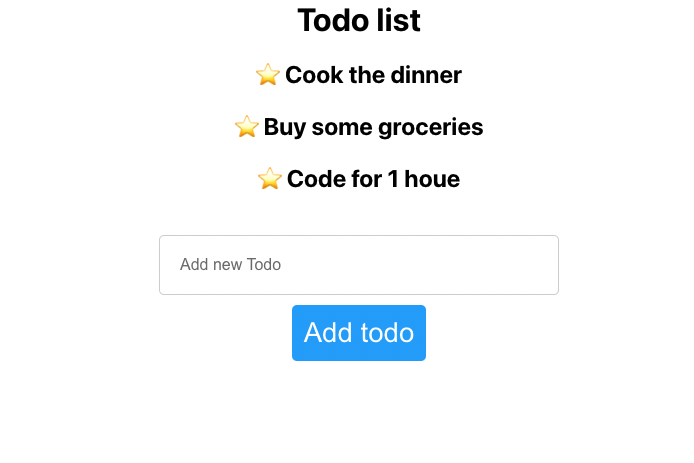 Let's start with our state machine.

First, the context of the machine will look like this:

And this is how we will pass the payload with the send function to the state machine from the React component.

Try it and program the delete the todo function yourself!

So we will create a simple UI like this with three buttons: 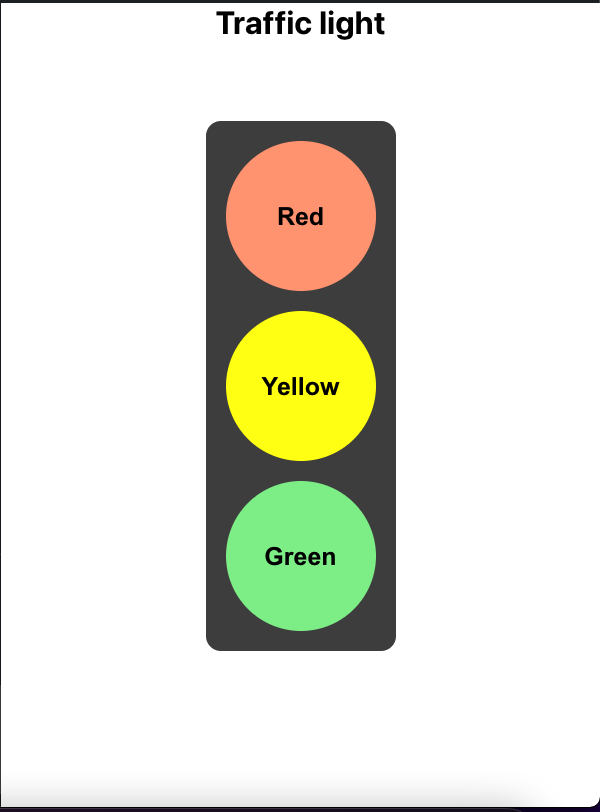 Clone the repo from GitHub

And then our state machine will be like this:

And we are using only one event which is NEXT and it will trigger the transition to the next state.

So let's move on to the React component, and add the useMachine hook.

To know what the current state of our state machine is, we will use state.value.

So as you see, for each color in the traffic light, we will have a button. And we will disable the button if the current state is not the same as the color. And we will add the onClick event to the button.

You can test it here: