Ginger is a morph target demo that was initially written in 2011 for chrome experiments, and then rewritten to work as progressive web app in early 2016. In essence, Ginger is a customizable head that uses a slider to tweak various facial features, much like a character customization system one would find in a video game. It also supports taking screenshots, and generating share links that can be used to share your creation with others. 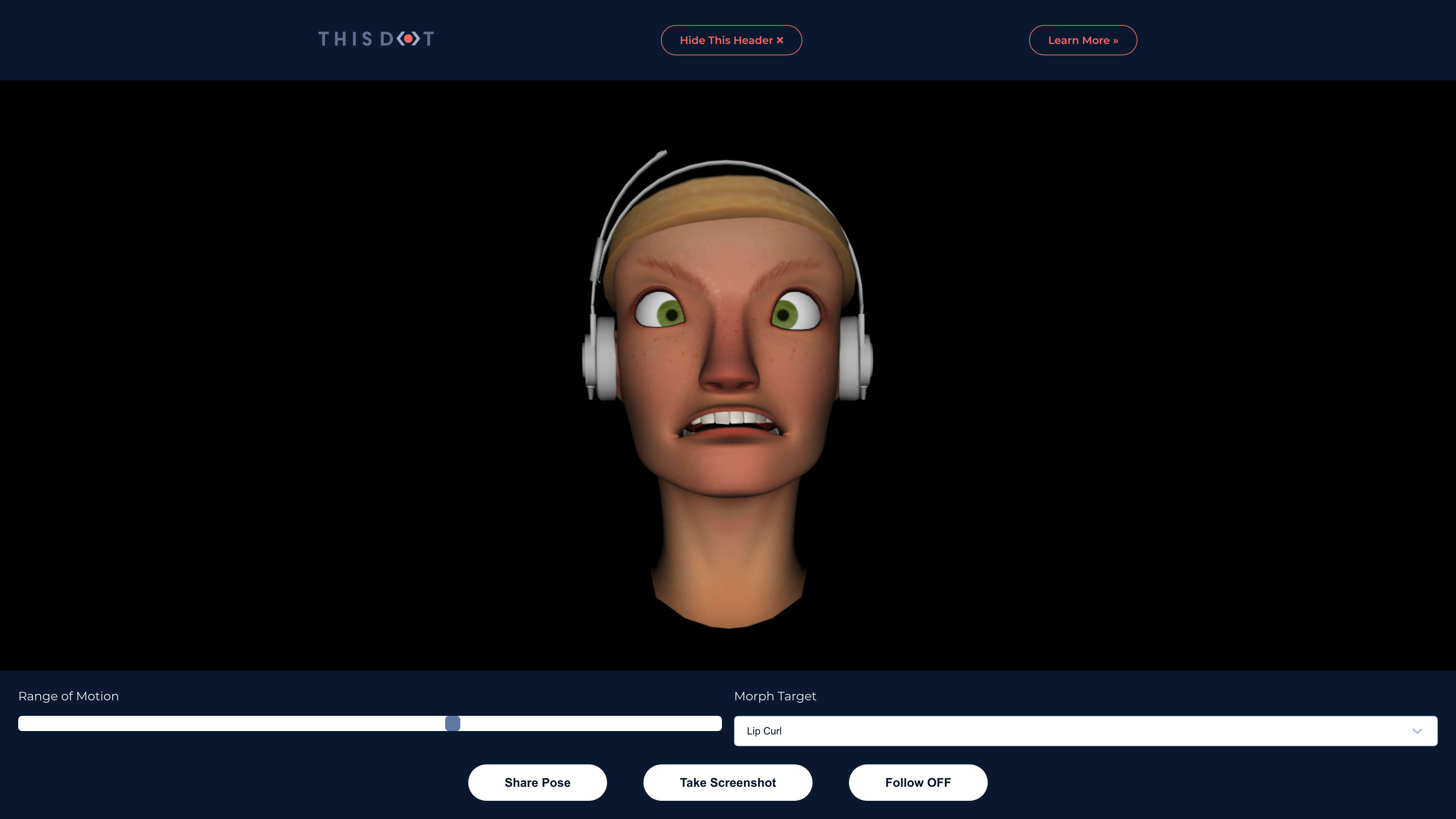 Share link generated from the example in the image above.

The rewrite in 2016 focused on improving performance, and supporting modern web features. Notable improvements were made in the following areas:

We inherited the project with our recent acquisition of Stickman Ventures, and thought it appropriate to showcase. Since it was rewritten in 2016, Ginger hasn't been touched, and has fallen into neglect, though it still worked fine in modern browsers. It was using an old version of Polymer 2 which has long since fallen out of use.

The first order of business was replacing Polymer 2 usage with something more modern. Polymer 2 was bleeding edge at the time, and used many proposed browser features that have since been adopted or dropped in favor for other standards (modules vs HTML imports).

To reduce friction, we opted to refactor Ginger's web components to use lit-html from the Polymer Project. Lit isn't a framework necessarily, it just makes it easier to write standard web components that are efficient, and work across all major browsers.

Transitioning from Polymer to lit was not a very complicated process, as they both use the same element lifecycle. The most notable difference was the transition from HTML imports to modules. With Polymer 2, elements are defined inside of HTML files, and are imported directly using HTML imports; however lit-html allows defining elements using a modern class-based approach.

With lit-html, it's very easy to define custom elements by extending off of the LitElement class, and registering it using either customElements.define or the decorator. We then use rollup.js and babel to create a bundle that works well across browsers.

Ginger is able to work completely offline thanks to its use of service workers. The previous iteration of Ginger used a service worker that came from platinum elements. Platinum elements made it possible to add offline capabilities to an application with very little effort. However, they've been deprecated in favor of workbox and sw-toolbox. We chose to go with workbox as it supports all of the features that we need, and I was already familiar with it.

The service worker uses caching strategies to cache images, fonts, code and model data. Data that won't change often or at all uses the "cache first" strategy, while code uses the "stale while revalidate" strategy.

You can find out more about other caching strategies that workbox offers in their docs.

You can find Ginger here if you want to play with it yourself. You can also find the source code on Github, and it's available under an Apache 2 license.

The Ginger model was created, and is copyright of David Steele. This work is licensed under a Creative Commons Attribution-NonCommercial 4.0 International License.

History of Mobile Web Development and the rise of PWA