The JavaScript ecosystem is constantly changing. As developers, we are very familiar with the ever-shifting landscape of frameworks, libraries, and tooling required to write our applications. In addition, there are other runtimes for Javascript beyond the browser, including Node, Deno, Cloudflare Workers, with more being released all the time. All of this - the tooling, the frameworks, the runtimes, even the language - are based on standards developed by a group of individuals and companies know as TC39.

TC39 (Technical Committee 39) is a committee organized by Ecma International, a nonprofit standards organization for information and communication systems. In 1996, Netscape (the original creators of JavaScript) began meeting with Ecma to discuss standardizing the language. The first standard edition of JavaScript (called ECMAScript) was adopted in 1997, with further releases of the standard happening since then. The JavaScript we use today is an implementation of these standards, and each runtime of JavaScript works to implement them for use by developers.

This standardization across runtimes was not always a guarantee, however. For a long time, the Node project tended to go its own way, implementing Node-specific APIs and methods of accomplishing development work. Many within Node originally felt that TC39 was forcing their standards on the Node project, despite Node havings its own needs and solutions. There are a number of examples where Node went one way, and the JavaScript standards went the other - Promises and imports are two good examples.

However, the Node steering committee today is much more open to adopting standards, any many of its members participate in discussions with TC39 regarding new features and changes to JavaScript. This is in part because developers want the same language and APIs in both the browser and their Node environments, but also, because there are other runtimes to consider when developing JavaScript code. This standardization has brought about a number of changes to the language and the JS ecosystem, as more voices are coming together to work on new solution to existing problems.

A number of major companies are directly involved with TC39, with members representing Microsoft, Google, Apple, Intel, Mozilla, eBay, and more. Some are connected to universities, while others participate as individuals. In addition to voting members, many people participate in discussions regarding the various proposals that have been submitted.

While the committee itself only meets every two months, these discussions on the proposals and specifications are taking place publicly, and anyone can participate in the conversation. Proposals are hosted on GitHub, and so discussions are as simple as creating an issue or pull request. A TC39 Discourse page is another way for the JavaScript community to discuss any current proposals or new ideas that haven't been formalized yet.

When the committee votes to approve a new standard, this change is then implemented in the runtime authors (such as Google's V8). But how does a new standard get added to JavaScript?

The Stages of Proposal

There are 5 stages to adding a new standard to JavaScript, starting at Stage 0. Each of these stages has different requirements for completion. There is no time limit on moving a proposal from one stage to the next, and no guarantee that a given proposal will be completed. TC39's website hosts a process document that explains in detail what a given stage means, and how a proposal advances to the next stage. Let's walk through the stages, and look at some of the proposals currently at each stage.

The first stage for any proposal is stage 0. This stage is the first step in adding a feature to JavaScript. Anyone can make a proposal. You don't have to be a member of TC39. A detailed document outlines the process for submitting a new proposal into stage 0. The pain purpose of this stage is to start a conversation and begin formalizing the proposal in order for future work to be done with it.

The first thing that needs to be done when a proposal is stage 0 is to find a champion. A champion is someone from TC39 who will take the lead on moving a proposal forward. In addition, work will need to go into the documentation for the proposal, such as an outline of the problem that is being addressed and a high-level API design.

Once these requirements are met, the committee can vote to move the proposal to Stage 1.

An interesting Stage 0 proposal is to add a deprecated global or directive to the language, so that it's easier to alert a developer when a given API has been deprecated.

The purpose of Stage 1 is to make the case for changing the JavaScript standard, describing the proposed solution, and any potential problems that it could cause or could be impacted by. The main goal of the committee for a Stage 1 proposal is to devote time to examining the problem, and ensuring the proposal resolves it.

Typically, browser/runtimes won't make any changes to implement a Stage 1 proposal, because the API could still change pretty drastically. However, polyfills or demos may be created in order to get additional feedback on a given API. These features should not be considered production ready.

Once the initial spec has been developed, the committee can vote to move the proposal to Stage 2.

The pipeline operator is a great example of a Stage 1 proposal. Its goal is to add a pipeline operator (|>) to JavaScript, in order to pipe function returns or values from one function to the next. There has been some discussion around how it should pass arguments into the second function

Another Stage 1 proposal is the compartments proposal, which helps resolve a number of issues regarding global scope of a JS file or application. Check it out!

When a proposal reaches Stage 2, the committee is focused on writing a precise syntax using formal language. This still doesn't mean that a feature is going to make it to JavaScript, but some experimental implementations will start appearing. This process to create a defined syntax could take from months to a year, with some proposals sitting in Stage 2 for much longer than that.

However, when a feature leaves Stage 2, it typically means that the proposal will eventually make it to the final spec. Changes may still happen, but typically only limited changes will happen once a proposal moves out of Stage 2.

There are a number of interesting proposals in Stage 2 at the moment, including decorators and iterator helpers.

Often, proposals may get stalled in Stage 2. Decorators are a good example of that. According to the TC39 proposals repository, Decorators haven't been presented since September 2020, and were originally discussed back in 2018. Sometimes, the problem being solved has multiple solutions, or there are multiple competing solutions that could be adopted. Other times, the problem turns out to be less urgent or important than previously thought. While it can be frustrating to have a proposal stall out, it's important to remember that any change to JavaScript is permanent - no standardized feature in JavaScript is removed from the spec. Better to move slowly than to end up with half-finished APIs that don't actually solve anything.

Stage 3 is the final stage for changes to be made to the specification. Spec compliant implementations will start to roll out, typically behind feature flags, in order to get developers to start using the feature and provide feedback. Changes are still possible, but they are expected to be limited in nature.

The new Temporal object is a Stage 3 proposal that's pretty exciting for the JS ecosystem. Temporal will act as an upgrade from the Date object and support additional feature such as time zones. A prototype polyfill can be found on NPM, although keep in mind that it doesn't create a global Temporal object like the finished spec would do. And again, remember that this is still a proposal, and should not be treated as production ready.

Another great example of a Stage 3 proposal is Realms, which provides a way to create distinct global environments.

When a proposal reaches Stage 4, it is considered complete and ready for implementation by the different runtime vendors. Browsers will start to ship the feature, and other runtimes like Node and Deno will also work to include it in upcoming versions. A features is ready for Stage 4 when it passes all the agreed upon tests, and there has been sufficient testing by developers to ensure that the API is sound.

Once a feature is in Stage 4, its spec is not intended to be changed. This is to ensure that the web platform is stable into the future - it's important to not break the web with changes to JavaScript.

Two good examples of recent Stage 4 proposals are nullish coalescing and Promise.any. These features have been released into major browsers, and are available to be used today in modern JavaScript applications.

It's pretty amazing that the JavaScript language is developed in the open like this, for all interested parties to add a voice to the discussion. Not every standard or programming language is developed like this. However, this level of openness can also be difficult, especially if a specific feature gets stalled or a proposed API ends up not being accepted.

If you submit your own proposal to TC39, remember that you are trying to solve a specific problem, not simply create a feature in JavaScript. Your proposal may be adjusted or replaced as other voices are added to the discussion. Also, keep in mind that it could take a long time for a proposal to make it into the language, if ever (looking at you, decorators).

Also, while I've highlighted mostly good things about this process, it's also possible for a single member to hold back a feature from advancing into the next stage. This can be frustrating, but as noted above, it's important for JavaScript to be developed methodically. Having multiple standards or multiple interpretations of those standards wouldn't benefit anyone, after all.

At the end of the day, remember that TC39 is made up of indivduals who are invested in the JavaScript ecosystem, and want to work together with developers to improve the language. They have a lot of context and understanding for how features are implemented that developers may not have. Proposals that don't make it into the language may not make it for valid reasons.

Does any of this interest you? Do you want to contribute to the discussion? You can find ways to participate on TC39's website, including links to their Github and Discourse. 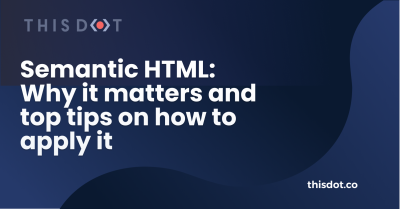 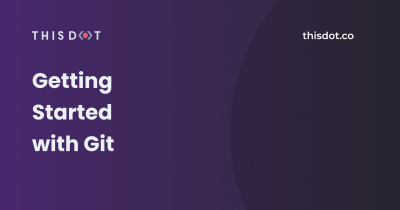 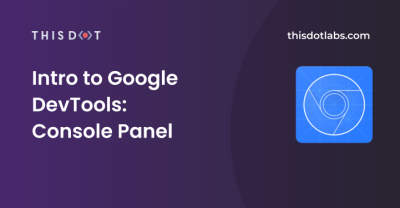 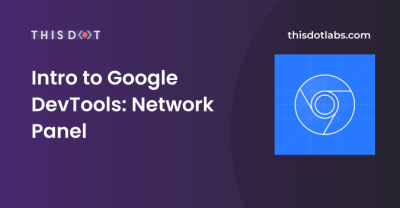