This event was hosted by Rob Ocel, Software Architect and Engineering Lead at This Dot.

What's is new on the Angular Ecosystem? What should be expect on the upcoming releases? How Angular ecosystem looks like in the future?

Also, we had this amazing panel:

Weeks ago was introduced RxJS 7.4, the latest version from the RxJS team, which has many features, but first of all, the bundle size compared between RxJS 6 vs RxJS 7 (if you include everything RxJS exports, included new features!) was cut by almost the half, so if you are thinking to switch between those versions, you should go ahead. 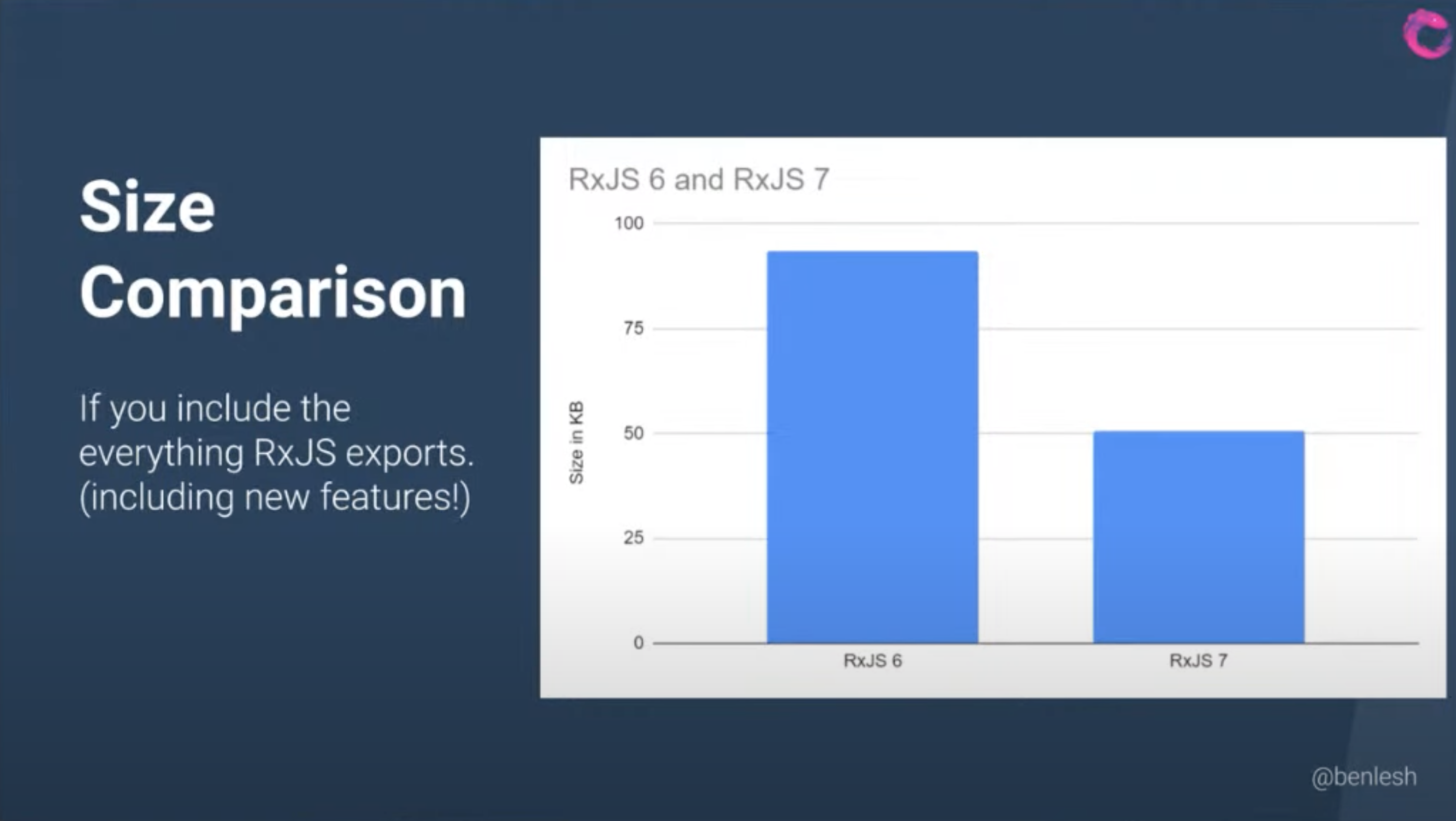 Most of the new features included in the new version are:

That's was most of the most importants features delivered on RxJS 7.4, but there is more such as:

Regarding in how many downloads has RxJS, the downloads has increased consideraly since RxJS 6 in 2018. Now we can 30M downloads a week, back then in 2018 they have only 10M per week. 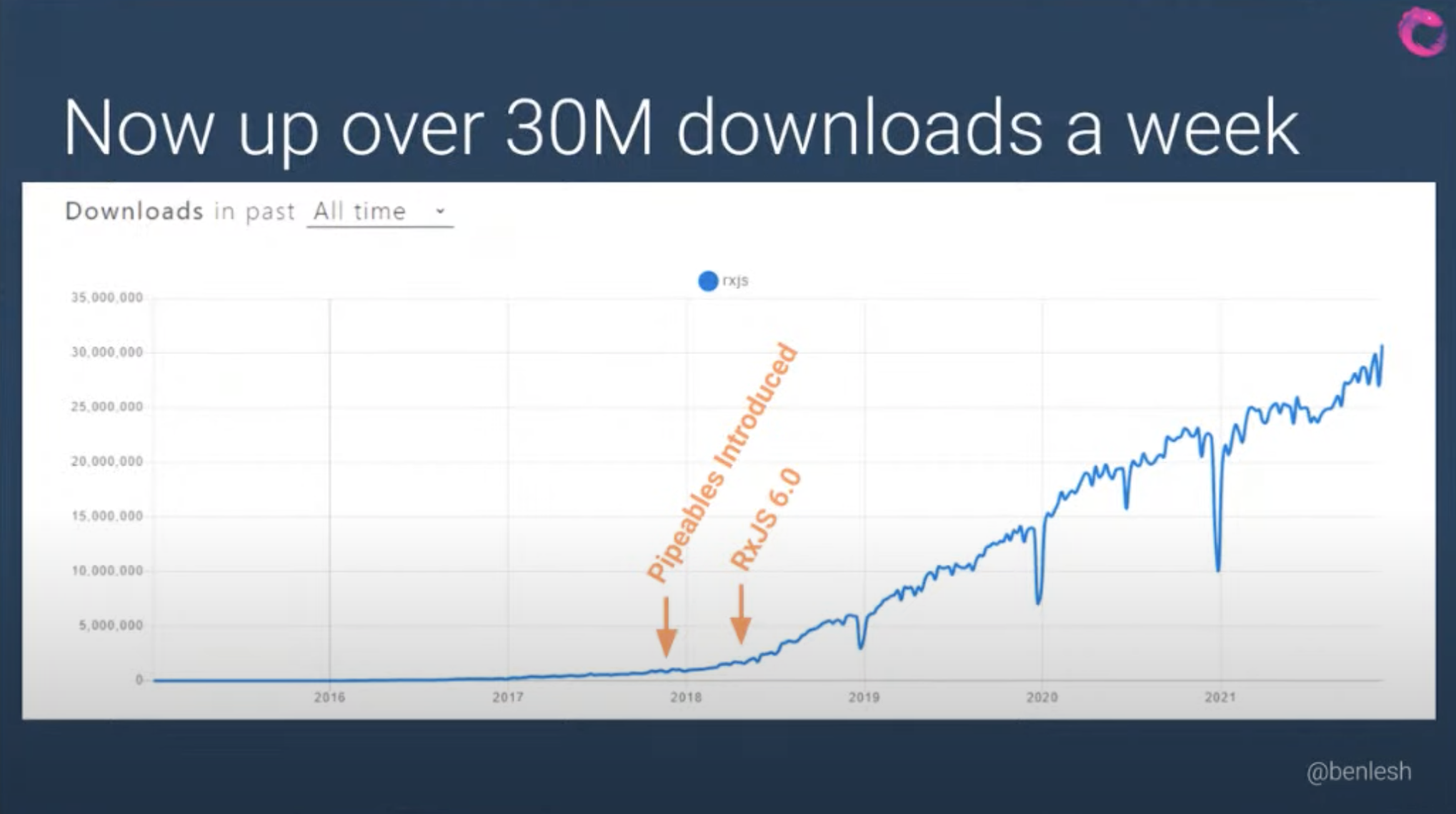 Now Stackbliz has support for Angular v13, this was thanks to the upgrade of Stackblitz v2, which runs over web-containers.

This new upgrade to Stackblitz v2, avoid to have custom-code depending on which framework you are running, making Stackblitz more agnostic from the framework (Angular, React, Vue) you are using. In fact, there is no custom-code to support any of the most used frameworks.

Now NGXS has support for Angular v13, with this mayor release there are up-to-date with the latest version of Angular. They are working on deliver another big features too.

Ivy now its the default engine to run compilation in Angular, which lead us a huge increase of performance vs versions who runs other engines to compile Angular. 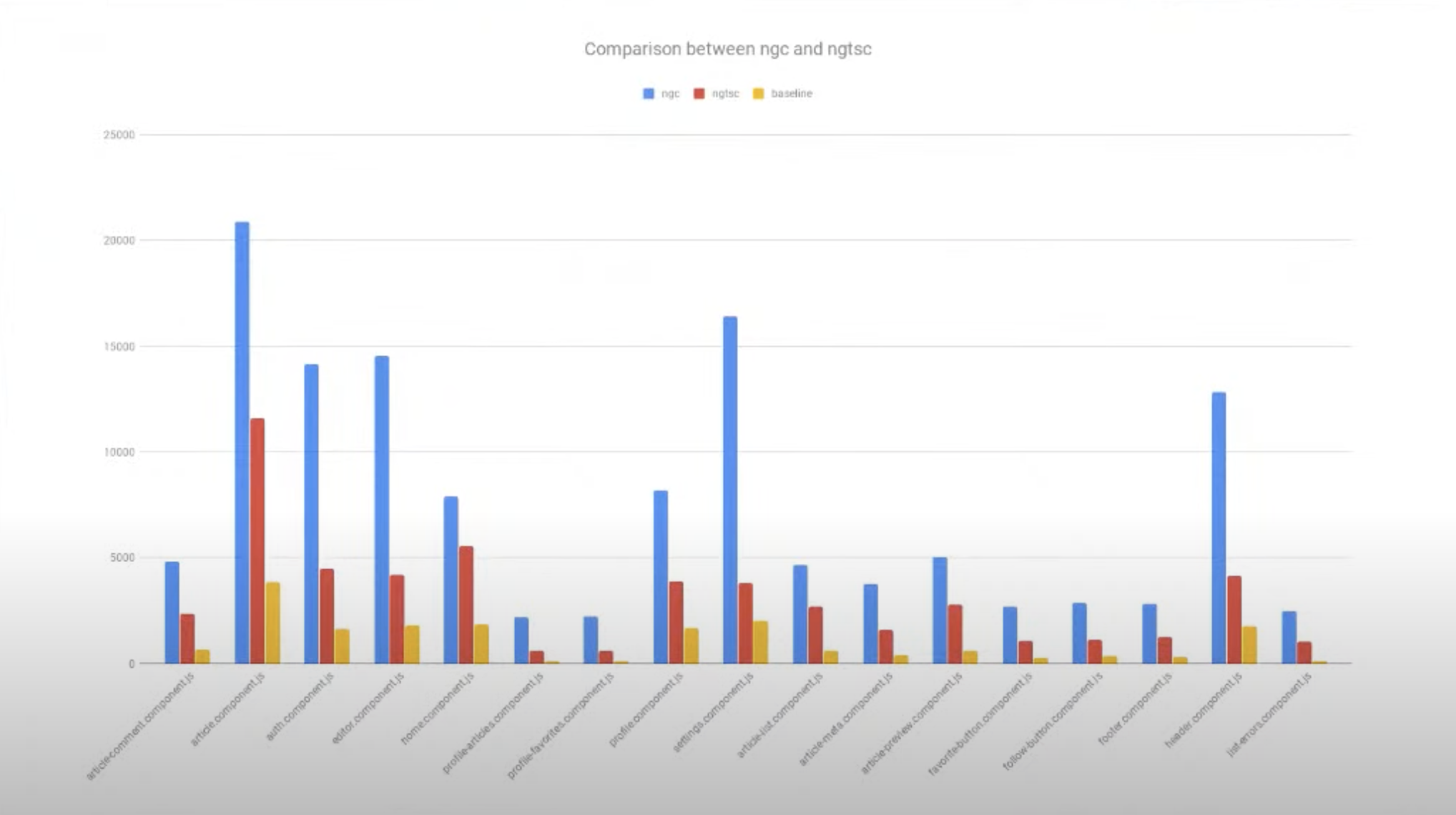 With the implementation of Ivy as default, we can see a:

With the recent release of Angular v13 some new features are delivered, which include:

🔗What are we building next?

Some of the upcoming improvements are:

Maybe some of the biggest updates which are upcoming on the next versions of Angular are Standalone components, who will run without adding to any module. This Standalone component will be bootstrapped directly into the Angular module, and the bundle will be reduced significantly.

The most recent version of NgRx added some new features as:

The recent release of Nx, which is v13.2, also now include Angular v13 support. Also NgRx v13, and NestJS 8 support was included in the most recen version. Now, there is a RxJS 7 upgrade option for Nx.

The official library from Firebase to Angular also release some of the next features:

In the upcoming releases for AngularFire, the team is working to improve the next items:

Angular v13 bring to us so many new features, therefore the Ecosystem of Angular is updating to support this new release.

Some of the most libraries used with Angular are pushing forward and taking the framework from Google to the next level.

Also the Angular team, is listening to the community and making the upcoming releases more beginner-friendly such as `Standalone components. As Angular dev, we celebrate the removal of IE11 support without that, we can take advantages of most CSS features who are not supported in that browser.