Great memories come to my mind when I read about Protractor. I remember those days when I was working actively using the AngularJS framework to build Single-Page Applications, and Protractor was the most viable option for writing E2E(End-to-End) tests.

In fact, Protractor was created in 2013 when AngularJS was the most popular web framework, and it allowed developers to run tests through a web application in a real browser, along with interaction commands to mimic the user behavior.

As expected, the ecosystem around JavaScript technologies has been changing continuously, with new tools emerging that afford developers more modern options for writing tests. Is this the right time to think of other alternatives?

In this post, I'll give you some reasons to migrate to Cypress since it's one of the best alternatives for E2E testing.

🔗Protractor Will Be Deprecated

The Angular team has announced the deprecation of Protractor in May 2021. Some of the reasons behind these deprecation plans are:

There is a closed RFC with the future of Angular E2E & Plans for Protractor on GitHub with more details about this.

First, we'll need to understand that as part of the _Cypress tooling, there's a Test Runner and a Dashboard Service available for your test suite. 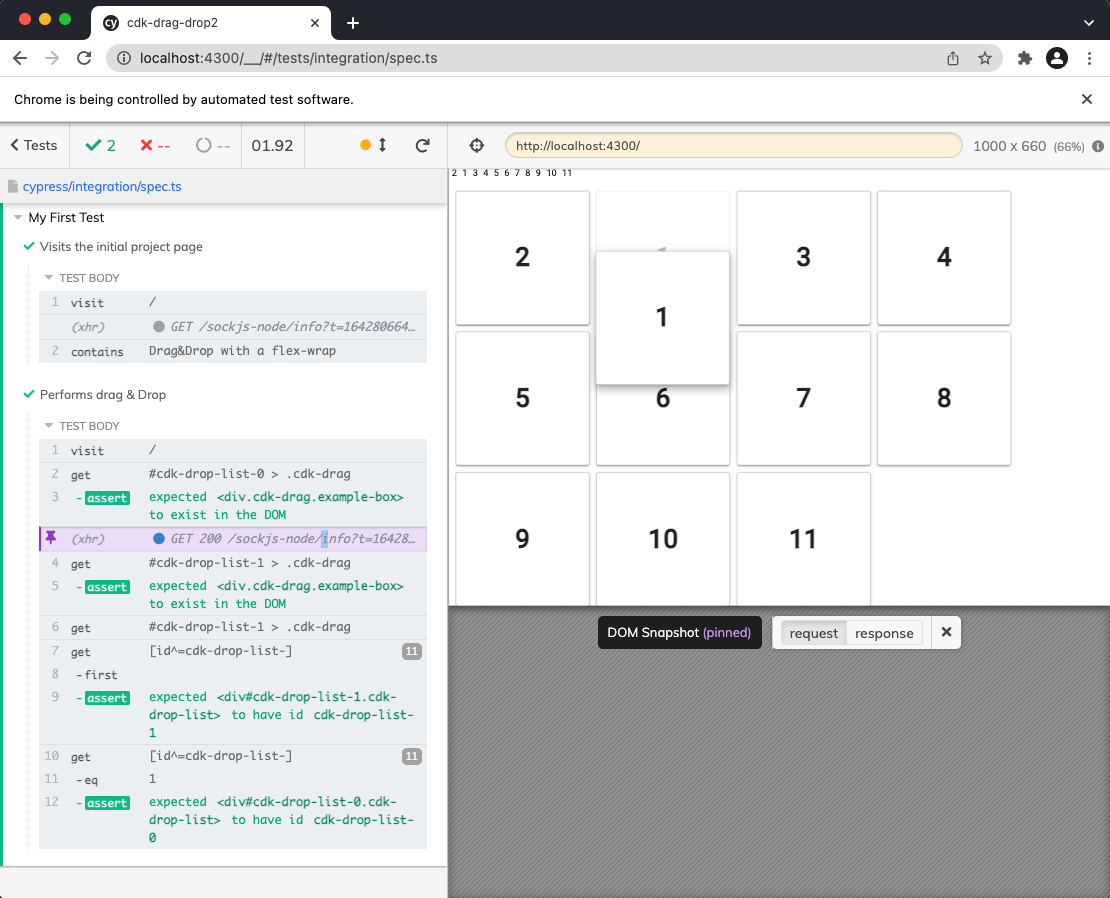 The above screenshot shows an example of the test runner in real-time, where you will find an intuitive way to navigate through the different steps in your tests.

🔗Cypress Has a Huge Ecosystem

That’s true if you consider the number of resources you can find about Cypress nowadays. It's evolving every day, and it's adopted by developers and QA engineers using modern JavaScript frameworks.

As part of the Angular ecosystem, we can mention one of the biggest players: Nx, which is widely used with Angular projects.

For this tool, Cypress is used by default while generating new applications.

Cypress will be used by default when generating new applications. If you want to continue using Protractor, set the e2eTestRunner to protractor in the schematics section of the angular.json file.

In case you're using Nx, please refer to the Updating your E2E testing configuration guide for more information.

🔗How to Perform the Migration?

The Cypress team is actively working on the Cypress Angular Schematic, which allows adding Cypress for E2E testing in your Angular projects.

You'll need to run the following command and pay attention to the output.

Here's what happens in the background:

If those steps don't work for you, you may need to do the upgrade manually and the good news is that Cypress documentation has you covered already: Manual Installation.

Are you ready to learn more about Cypress? Do not miss this topic on our blog site.

Feel free to reach out on Twitter if you have any questions. Follow me on GitHub to see more about my work.