Angular v12 has been released! Here are some main updates.

It is also a long-waited feature request: in Angular v12, we can now use Observable as APP_INITIALIZER.

Before Angular 12, if you wanted to pass boolean or number as HttpParams, you had to:

With Angular 12, the HttpParams has been updated to accept the boolean and the number values:

This is a very long waited feature. In Angular 12, you can now pass data between interceptors. Here is a great article by Netanel Basal.

An enum HttpStatusCode is provided, so the user can use this enum to write more readable code for status code check.

HTML5 standards support built in validator such as min/max for input element.

Before Angular 12, the min/max attributes are ignored by FormsModule, so the Angular FormControl valid property will still be true even the input data exceed the min or max range. But the underlying DOM HTMLInputElement's validity.valid will still be false.

From Angular 12, the min/max validator is implemented so the valid result will be consistent with native DOM status.

Support location.historyGo(relativePosition: number) to navigate to the specific history page so it will be compatible with the DOM history.go() API.

Provides RouterOutletContract interface allows the 3rd party library to implement its own RouterOutlet more easily (such as add own logic for navigation, animation). For details, please refer to this PR https://github.com/angular/angular/pull/40827.

The reason we need this process is if we remove ngcc and publish the Ivy instructions to npm, the instruction code will become the public API. It is very difficult to change it in the future. ViewEngine is not instruction but metadata, so it can be used across multiple versions even for Ivy.

To resolve this issue, Angular provides an RFC last year, https://github.com/angular/angular/issues/38366, with an idea which is Angular Linker. It is an advanced version ngcc. It compiles the Angular library code with partial mode.

To use this feature, update the option in the tsconfig.lib.prod.json like this.

Angular is using protractor for e2e test. The protractor has a long history from 2013. It helped users write e2e test, and to support better async test, protractor did a lot of work via ControlFlow to make async/await work.

Also protractor has a lot of features just for AngularJS such as locator/mock. After removing these codes, protractor becomes a wrapper of selenium wrapper without any valuable functionalities.

And now the Angular developers are using several alternative solutions to do the e2e test such as:

The Angular team posts an RFC to deprecate the protractor and make Angular easy to integrate with the 3rd party e2d platform.

Here is the RFC https://github.com/angular/protractor/issues/5502

Based on the RFC, Angular plans to drop the protractor support until Angular v15 and will guide the Angular developers to select an alternative platform when the user tries to run ng e2e.

Webpack 5 support many new features such as:

Angular v11 deprecated to use TSLint as the default linter, and Angular v12 remove TSLint and codelyzer from cli, so please reference the following article to migrate to eslint. (https://github.com/angular-eslint/angular-eslint#migrating-from-codelyzer-and-tslint)

When we build an Angular app, we use ng build --prod all the time. The options often confuse the user that --prod will make a production build, but it is just an alias of ng build --configuration=production. To make this more clear, CLI remove --prod and add a defaultConfiguration setting with the value production. Now, ng build default will build with production configuration.

The inlineCritical settings of styles optimization in the angular.json becomes true by default. Please reference here for more details.

The workspace generated by CLI will use strict mode by default. To generate non-strict mode, use --no-strict option.

Tailwindcss is a popular CSS library. Before Angular 12, to integrate with Tailwindcss, the user needs to do some postcss configuration themselves. With Angular 12, this is done by the CLI so it is super easy to do the integration.

This is the same process to install the normal Tailwindcss.

Now ng add will ask the user to confirm the package/version before installing the packages. This gives the user a chance to stop the process when the user has a typo in the project name or want to initialize the project with other options.

Angular Ivy has been released since v9, but the Angular Language Service is still using View Engine to compile the template and did a lot of magic work to make everything work in Ivy, which is not efficient. Also, since View Engine is deprecated, some issues and features may not be implemented in the View Engine version of Language Service for Ivy.

Now we have the new Angular Language Service written in Ivy and for Ivy.

You can opt-in the new Angular Language Service beta with Ivy support now. To use it in VSCode, try the following steps.

A new build option inlineStyleLanguage is added. Now you can write css/sass/scss/less in the inline style of a component!

Angular Component is continuing to create new MDC Web based components and the backward-compatible. Here is the design. 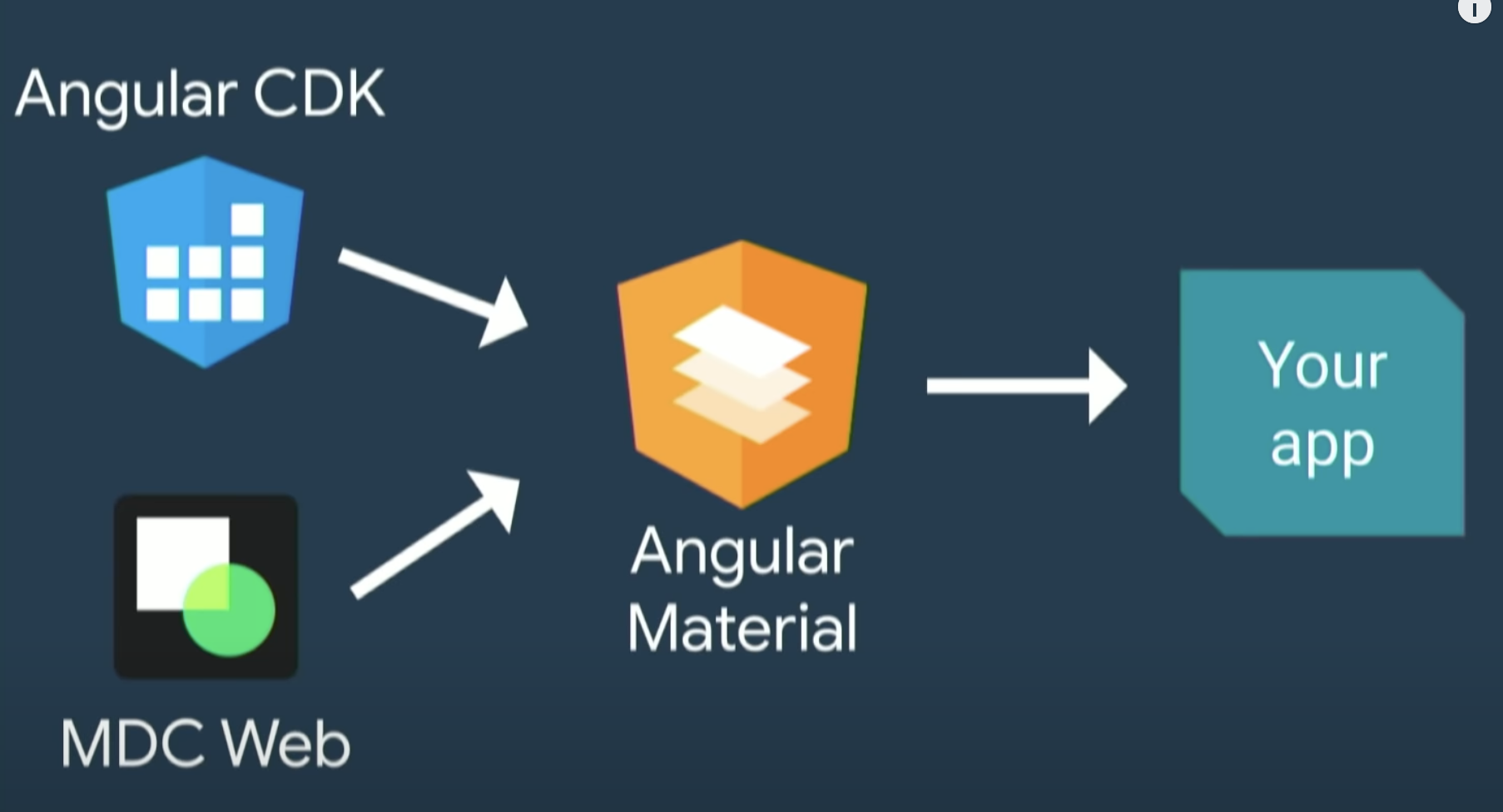 You may already use the @import syntax in the SASS style file, but it has some flaws and make the module system hard to maintain. For details, please reference the article here.

Now Angular Components are using the new @use syntax for the better module system of SASS. To use the new module system, you can use the following schematic to migrate.

Also, the node-sass package will be replaced by the new sass package.

is not supported, please use dynamic import instead.

Use the Angular CLI:

You can find more information from update.angular.io/.